I am here  in Orlando attending Microsoft Ignite with 30,000 other friends enjoying connecting with good friends, the new announcements, the weather and of course the parties. But the better part of this, is blogging about the announcements and sharing my views on them throughout the week. So here is a first of few posts about Ignite 2018.

Microsoft announced many new and exciting features for SharePoint and Office 365. Even more exciting is the continued development of AI and its integration into many of the new key features.


As the competitor to Slack, Microsoft Teams is alluring more organizations in joining its platform. Microsoft Teams is the “hub for teamwork” and now has over 329,000 organizations utilizing it. To continue growing its customer base, Microsoft Teams will be targeting specific groups of potential customers by adding tools that are specific to these groups. The first targeted group of workers is those who do not sit at a desk or computer all day. Instead, they have direct contact either with customers or with equipment and are defined as firstline workers by Microsoft. Firstline workers will have the capability to manage their schedules. Not only will they be able to create and share schedules, but they will be able to submit requests for time off, perform shift swapping, and access important announcements. These features are expected to roll out in October.


Healthcare is another specialized organization that Microsoft Teams will be targeting. Highly regulated, Microsoft has developed a new patient care coordination tool which meets the Health Information Privacy Access Act (HIPPA), making it HIPPA compliant. This tool will integrate with electronic health records systems, making it more secure than standard chat functions. This feature is currently in private preview.
Microsoft Teams is now leveraging AI-powered capabilities, which are generally available. In its ongoing commitment to transform business meetings, a new feature, Background Blur, blurs your background during video meetings through facial recognition.
Another integration with AI is Meeting Recording which provides speech-to-text transcription. The generated transcript is searchable and automatically applies captions to the recorder.


At $26.2B, Microsoft’s 2016 acquisition of LinkedIn was one of the biggest purchases in the company’s history. LinkedIn is one of Microsoft’s fastest-growing businesses and continues to roll out integrations for the combined companies. The newest, and deepest, integration will provide LinkedIn users the ability to co-author documents in Office 365 with their business social network contacts. Office 365 programs that will be included are Word, Excel, and PowerPoint while Outlook provides allow users the ability to email their LinkedIn contacts. As exciting as this is, there is no announced
date of the rollout for these features, but it was announced that they will be coming soon in a staged rollout.


Safety in the Cloud

Every day, organizations focus on keeping their data safe from unknown cyber threats and data breaches. Microsoft announced that IT will be empowered with tools to unlock the security capabilities of the intelligent cloud. Focusing on three things, the cyberwar will continue to tip in favour of breach prevention. These three focal points are security operations on a global scale for both Microsoft and its customers, enterprise-class technology, and broad cybersecurity partnerships.
On the enterprise-class security technology, Microsoft is using the cloud to secure organizations broadly with new security features in products that will protect against a range of threats, securing the network, and protect sensitive information. These features include Microsoft Threat Protection for Microsoft 365.
Microsoft Threat Protection uses human research and AI to speed up investigations, thereby eliminating threats faster. It is a comprehensive solution that protects, detects, and remediate cyber threats. This protection and auto-remediation is a single integrated experience in Microsoft 365 as it protects across email, PCs, identities, and infrastructure.


Investing in Our Future with AI for Good Program


Microsoft announced the third and latest program which will utilize its vast artificial intelligence resources for the humanitarian crisis. Pledging $40 million over five years, the new AI for Humanitarian Action initiative will focus on four aid areas: children’s needs, disaster recovery, protecting refugees and displaced people, and human rights. The vision is to leverage artificial intelligence, technology, and cloud technology so that frontline relief, such as global relief organizations, can proactively anticipate, predict, and target response efforts. By integrating and being proactive, then more lives can be saved, suffering can be alleviated, and human dignity can be restored. Technology and artificial intelligence, integrated together, can change humanitarian efforts.
As part of the AI for Good program, AI for Humanitarian Action is only one of three launched pillars. The AI for Good program has pledged a total of $115 million where $50 million was allotted for AI for Earth which launched in July 2017, and $25 million for AI for Accessibility which was launched in May 2018.
The AI for Good Program is one of the most vigorous and philanthropic programs. Microsoft is on the bleeding edge of not only technology but also on contributing back to the communities. Well done, Microsoft. Well done. 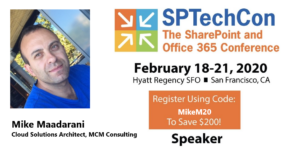